When to take a preworkout? Stop ripping yourself off!

When to take a preworkout? Stop ripping yourself off!

When to take a preworkout?

Why take a preworkout in the first place?

Taking a preworkout isn’t mandatory by any means. But the reason why gym experts advocate for its use is the staggering difference in results you can get from it. It’s the 1% effort that will catapult your results big time. They do that by assisting you with focus and energy while working out, which will help you lift heavier and workout for much longer. This extra effort can lead to increased muscle strength, size and definition. So while not taking a preworkout isn’t going to harm you in any way, you’d be missing out on a lot of easy gains if you don’t take it.

When to take a preworkout in your gym journey?

If you’re a complete beginner or have never worked out before and are just dipping your toes, you can leave preworkout supplements out of your routine. Instead, you can consume foods that are a combination of protein and carbs. You can even try working out on an empty stomach, like many gym rats do when they’re doing intermittent fasting. Just to explore what suits you the best in terms of results, health, and of course, how you feel!

Now, if you’ve been working out on and off, meaning you’re not a workout addict but live a lifestyle that complements your fitness goals, you should consider taking a preworkout. That is because preworkout compounds the results of your efforts. Think about it this way. You’re already showing up to the gym and putting in the reps. So, why not go the extra mile which is extremely rewarding in terms of results?

Lastly, if you’re a workout freak or are on track to becoming a mass monster, taking a preworkout should be an absolute no-brainer for you. Simply because your body needs the extra boost preworkouts give. Quite frankly, it wouldn’t be wrong to say that if you’re a heavy lifter, you’re doing yourself a disservice by not taking a preworkout. You could get much better results by making preworkout a part of your routine.

When to take a preworkout in your gym routine?

Fortunately, unlike most open-ended questions, this does have a straightforward answer. As a general rule of thumb, you should take your preworkout 15-30 minutes before starting your workout. This will give your preworkout ample time to kick in and get you firing on all cylinders right from the get-go.

There’s no definite answer to this, as there are way too many moving parts. For example, what are the ingredients of the preworkout? Are you a healthy individual with no underlying condition? Will you be working out on the day you take a preworkout? Generally speaking, if you’re a healthy individual who’s taking a preworkout that only contains high-quality natural ingredients, you can take a preworkout every day. That is because most preworkouts usually consist of nootropics that can be beneficial on both workout days and non-workout days. Having said that, too much of even a good thing can be bad, so it’s essential you don’t overdo it.

How to get the most out of your preworkout?

Secondly, before taking your preworkout, you must ensure you’re well-hydrated. Rehydrating yourself is probably one of the most neglected yet rewarding things you can do to have a healthier body. Now rehydrating doesn’t mean drinking a gallon of water in one sitting. Instead, it means that you drink water regularly, so you don’t feel sluggish or tired during your workouts.

Lastly, when choosing a preworkout, try finding a flavor you enjoy. That way, you won’t have to force a preworkout down your throat like it’s cough syrup. Rather you’d enjoy it and, if it’s good enough, even look forward to it before hitting the gym.

Where to find a preworkout that’s light on the pocket but heavy on results?

You can find such a preworkout at SD Matrix. We recently launched our preworkout, ABE preworkout, so that gym rats like you could make the most out of their gym and leave each day feeling proud of themselves, happy in the knowledge that they pushed themselves to their absolute limit and are on route to becoming the strongest, leanest, and biggest version of themselves. Conclusion: when to take a preworkout?

Conclusively, you should take your preworkout 15-30 minutes before hitting the weights. That way, your body will have enough time to let the chemical processes begin and give you the energy boost you need to fly through your workouts. That said, every preworkout is different, so it will help if you also look through the label and see the instructions.

Preworkout ingredients: stop using your preworkout if it doesn’t contain these Gallery

Preworkout ingredients: stop using your preworkout if it doesn’t contain these

Does preworkout help provide a powerful boost? A 2-min read for gym freaks on the edge Gallery

Does preworkout help provide a powerful boost? A 2-min read for gym freaks on the edge 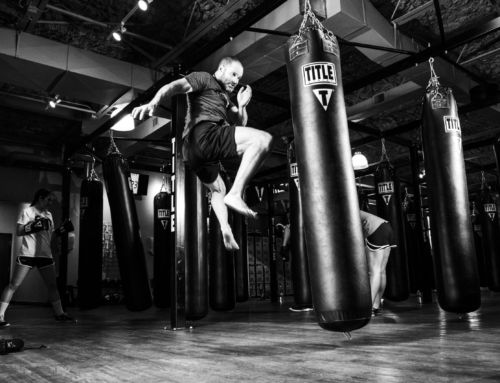 How to take a preworkout: 3-min read to save you from the most common mistakes Gallery

How to take a preworkout: 3-min read to save you from the most common mistakes

What is a preworkout? Uses, mind-blowing benefits, results Gallery

What is a preworkout? Uses, mind-blowing benefits, results